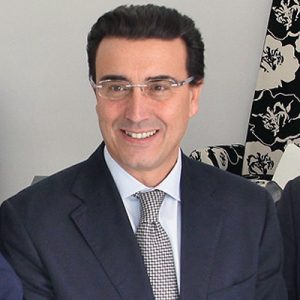 Eugenio Filograna was born in Minervino di Lecce in 1955.

Student and worker, he graduated in Business Economics at Bocconi University and is presently practicing as Chartered Accountant in Milan.

He has been Researcher of Economic-Financial Analysis and Teacher of Accounting, as well as Journalist registered in the Albo Speciale (Special Register).

In 1994 he wrote the book “Tasse nei Paesi del Mondo”, published by Ameco and printed by Mondadori, thanks to which he got in touch with the political and legislative world.

He was also External Observer of the Commission of the Thirties for all fiscal delegations of powers to the government, deputy member of the Senate Treasury Committee and Deputy Chairman of Italy for the Human Rights League, the UN and EU surveillance authority.

He has been rapporteur at the Senate of Laws 449, 1918-B and of Dpef 1999-2000; in 2000 he addressed the UN Commission for Justice in Geneva, where he illustrated the serious facts of bad justice in Italy, for which he then set up an international Investigation Commission composed of UN magistrates. During the XIII Legislature he was also the author of many Ddl (see the publications of the Senate of the Italian Republic: www.senato.it). The rankings of the richest senators placed him in the third place after Gianni Agnelli and Vittorio Cecchi Gori.

Freelance professional, politician but also and above all entrepreneur. Among its most important business activities are the acquisitions of GDA SpA (Grande Distribuzione Avanzata) and Postalmarket SpA. The latter was transformed into an e-commerce portal in 1999 with an online offer of 22 thousand products, accompanied by the distribution of 20 million paper catalogs every year. Postalmarket soon reached more than 10 million deliveries, against 20 million made by Poste Italiane, 15% of which were from Postalmarket.

The mail order company became famous also for the Stock Exchange pre-listing with a value higher than 3 billion Euros (about 6,000 billion Lire) in 2001. In parallel with Postalmarket, operating in B to C (Business to Customer), Eugenio Filograna through GDA was also active in B to B (Business to Business) distribution with subsidiaries, a leader  among national and international shipping companies, with offices in all continents, as well as branches and warehouses in Hong Kong and in the Far East.

In 2001, his companies’ turnover was higher than 1,200 billion Lire and they counted more than 10,000 employees all over the world.

Eugenio Filograna also runs Gonfalone Immobiliare, Filograna Costruzioni, Filograna Investment USA and Workforce on Line SpA, operating in the employment services sector. In 2012, his companies counted more than 16,000 employees, thousands of which are still active, and more than 1,500 customers.

For the “Manuale di Tasse nei Paesi del Mondo” he can count on a remarkable team of professionals and associates, as well as on a large number of correspondents in many countries around the world, with whom he is constantly in touch for work and for regulations and consultancy updating, both from Milan and from London.

In sport, the name of Eugenio Filograna has always been linked to that of Casarano Calcio, a football club that has long played in C1 Series, and which he bought for the second time in summer 2012. In fact, in 1999, Filograna had rescued the Salento club from bankruptcy and had soon brought it to international reputation calling on the bench the Argentinean Mario Kempes, former football player and world champion.